Back in Porto we played together so regularly (mostly as a duo, but also with other musicians) that it became part of the weekly cadence. Invariably one of us would call the other (usually on a Saturday morning) with an hour and a venue, and by the end of the afternoon we were packing a drum set and a set of saxophones in the back of a van. During this period, which lasted for around two and a half years, we recorded an album as a duo (Senhor de Matozzinhos) and another together with some friends in Buenos Aires (In Argentina)1. Now, four years and some months after I got established in the Netherlands, we are releasing a new album - Not That Different! 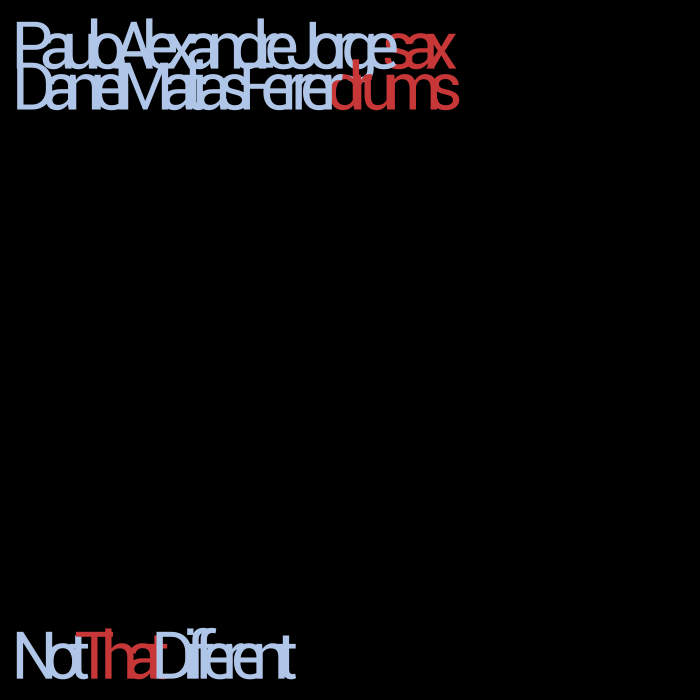 This album, recorded back in August of last year at the Earth Works studio, is the result of two sessions: one in which I played the drums (tracks 2-8) and another one in which I played on a sea of percussion (track 1)2. I should say these were very, very surprising sessions. Although I kept listening to the work by Paulo during our hiatus, particularly to his evolution as a soloist, I was impressed with the maturity of our sound. The eight pieces we ended up featuring in the album are definitely more structured and much more logical than our previous improvisations (particularly those heard in our first album).

The name of the album reflects many dialogues we had with audience members who have been confronted with free jazz for the first time by attending one of our concerts. Often we are informed that this is a different kind of music to what they are used to hear - both along with a positive and negative reviews. We want to communicate that, if you listen closely, it's actually not that different.

For us it has been always a mindless activity to name albums and tracks 3. Due to the nature of free jazz and our working method, we don't have even the faintest idea how a track will turn out before we perform it. After all tracks have been recorded, plus having been mixed and mastered, we have of course a good affinity with them. However we haven't ever dedicated much time to naming tracks. For this album we decided to try out something: we don't name the tracks, instead the listener does it. In the interior of the packaging you will find eight blank rectangles where you can write down the name you feel best represents the track you've just heard. Or any other name - it's up to you really. Thusly not only our problem is solved but also you can create an even more personal relationship with the music. 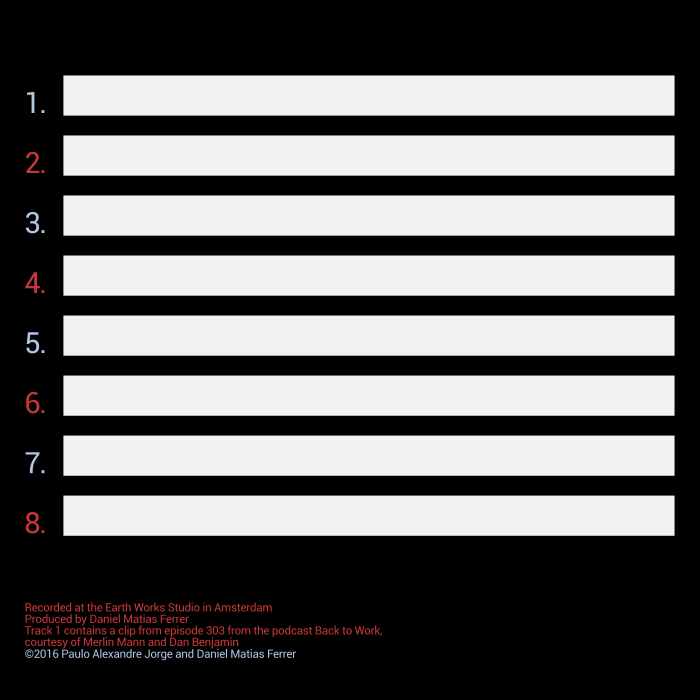 The track of the album](back.png)

There is something else about this album: it is the first one released by Controlled Flame. We have decided, given the choice of publishers, to edit our material independently. This allows more control over the whole process of editing and online publishing. This last point is very important to me, since from all the other labels we have scouted, none seemed to have some or even all the basics of online publishing covered. Thus, this release marks the premiere of Controlled Flame as a publishing label. It will definitively not stop with this release, more plans are already in the pipes. All label-related information can be found in the record label section of this website.

The album is now out there! We are very pleased about how it sounds and invite you to listen to it. You can browse the music in Bandcamp (you can also purchase it from there) but you can also find it in any the usual online stores.