Why did I quit Fiverr

In March of 2013 I started making my services available on Fiverr.com. On June 2015 I decided to stop. The goal of this article is to share my experiences on the platform with my clients and other users of Fiverr (particularly the new ones).

Why did I start working with Fiverr 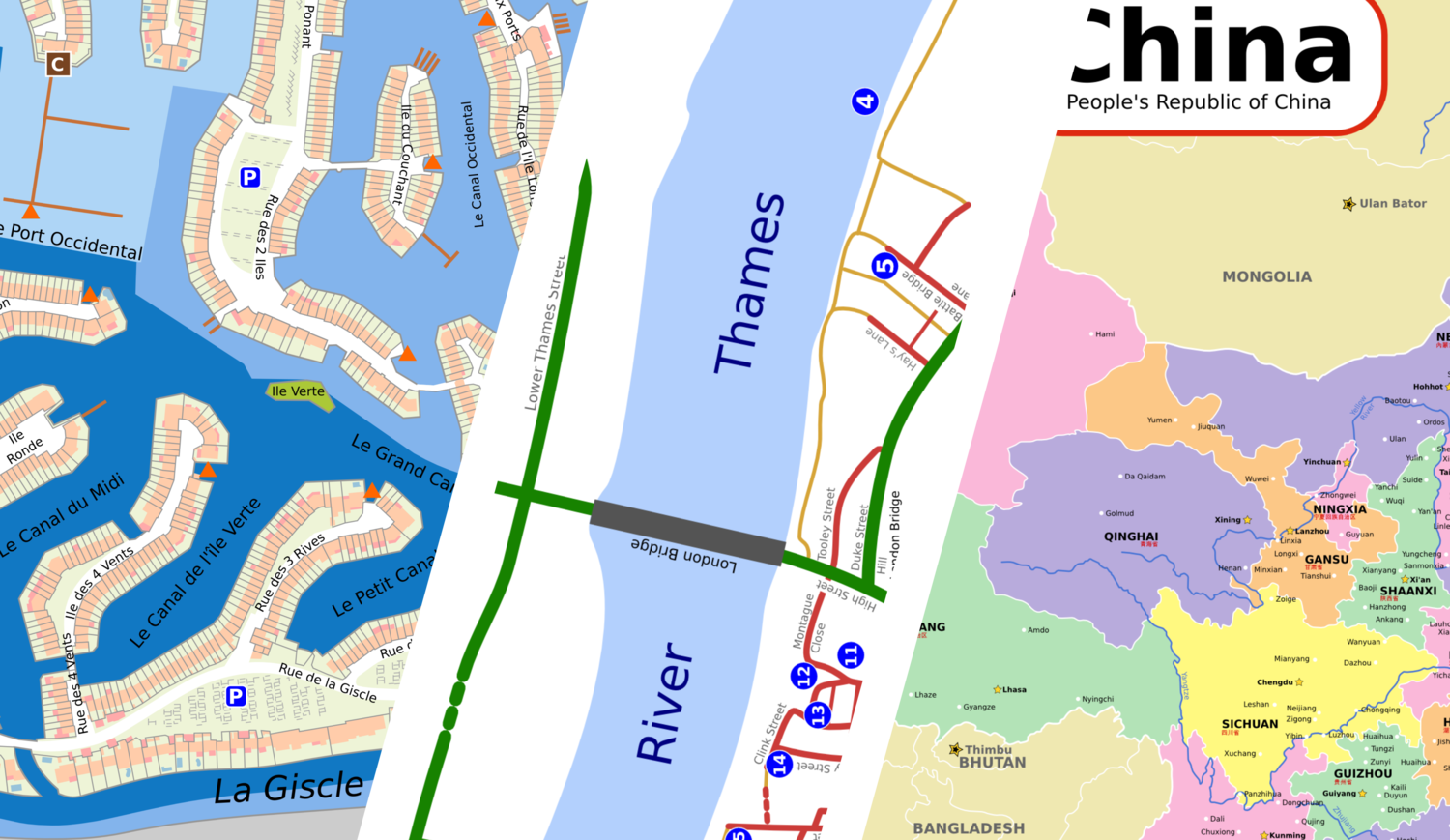 Maps I designed for clients from Fiverr](fiverrmaps.png)

Allow me to start by giving you some context. In September of 2009 I moved from my countryside hometown in Portugal to Porto. From that month until September of 2012 I did a BSc in physics, gave lessons in a music school and played free jazz (amongst other performative experiments). On a regular week I was playing in one concert, giving about 5h of lessons and taking classes from five university courses. This hectic life changed abruptly when in October 2012 I moved to the Netherlands for my first year of an MSc program. Although my academic needs were fully met, I was craving for musical and social contact. Studying theoretical particle physics was proving to be much more lonely than all the activities I was used to.
It was in this state of mind that I stumbled upon a Youtube video from ProfessorPuppet about Fiverr. It was my first time hearing about the platform and it caught my attention right away. ProfessorPuppet explained how one could make a graspable profit when working with this website. This was a good opportunity to start playing music again and having the related social contact without leaving my dorm room. The required investment was small. It didn’t take long to set up a profile and my first gig, so even if I would get nothing in return, at least I didn’t lose much time and any money on it.
I had just bought a senegalese talking drum from a flea market (in the last Koninginnedag). This was perfect for my first gig on Fiverr: it was related with music and it was quite uncommon. A that time these seemed like good bets for a new buyer to to attract costumers. It took some time, but after one month the orders started rolling in.

In the beginning Fiverr fun and exciting. I really enjoyed the novelty of working for this platform previously unbeknownst to me and the joy of being payed to share my skills with virtually anyone in the world. Of course the novelty aspect tends to wear off with time, and one gets accustomed to work in any kind of environment, even in the most friendly ones. However I must say that there were no orders I delivered where I didn’t have at least a shard of though about the awesomeness of working with Fiverr.
Quickly I learned that Fiverr was also a perfect place where to perfect my skills. This led to my music production gig – producing some minutes of music in any style. If I was a mediocre producer when I started I can now say that I am a good one after my run on Fiverr, in great part thanks to the website. After I noticed that Fiverr could be used as a payed internship (the best kind of internship if you ask me) the graphic design gig promptly followed. Looking back I see that I knew next to nothing about graphic design when I first made the “I will create a personalised map for $5″ gig live. Now I’m happy to say that although I don’t consider myself as an expert I am quite skilled on Inkscape. So much so that I never yet had to ask someone else to fulfil my graphic designing needs – maps or not maps.

What did I dislike while working on Fiverr

The way Fiverr is optimised it gives slightly more power to a buyer than to a seller. But, as my grandmother used to tell me, with great power comes great responsibility. My experience revealed that this inequality can punish sellers, particularly when either the seller or the buyer are new to Fiverr. Effectively any of this cases can and do happen:

Both these scenarios result in added anxiety and wasted time to the seller. If indeed a bad review is published or an order is canceled or delayed, that can strongly damage the reputation of a seller and his/her ability to do business. Of course these negative aspects can be attenuated, and sellers like ProfessorPuppet are a good example on how to do it. He is very assertive when giving instructions before the order is placed, even having published videos explaining common buyer errors like the ones explained above.
Something else I didn’t like and I can’t believe it’s still a feature of Fiverr is the five stars review system. The main purposes of a review on this website are helping the buyers know which seller to buy from and surveying if the sellers are complying with what they promised. I cannot see why the old “thumbs up/thumbs down” wouldn’t be sufficient. I could write a lot about this, but to summarise my thoughts I am of the opinion that the diference between the good and the best is too important to be left to the mood and idiosyncrasies of the buyers. With the previous system, the seller’s reputation could only decrease if he/she did something wrong and deserved a “thumbs down”. Now it can decrease because a buyer has a particular way of attributing grades depending on mood and wasn’t having a good day before an order was delivered.
At a certain point during my run on Fiverr I started to think that what was expected from me was to do as most work as possible for the least amount of time and money. That was confirmed to me by many posts on Fiverr’s seller forum. There I often found discussions where a seller instructed other seller to work more, to deliver earlier and to charge less. This is something I really don’t like. I like the way Fiverr has a philosophy of charging little for the services. I like that there is a due date for delivering a service set by me. But having to do discounts on an already low price, not charging for big modifications of the order, and delivering way before the due date otherwise I won’t get five stars really crosses the line for me.

Why and what’s next

In March 2014 I officially became self employed. I opened my own version of a music school and started seriously working on music and video production. Also I followed my passion of researching and teaching creativity in music. I quit my studies because as much as I loved physics, the balance between effort and reward was not the one I sought. Now I feel the same about Fiverr.
The other big reason why I want to quit is narrowing down the work I put maintaining my span of skills. There was a time where I was throwing mud at the wall to see what sticks, but at this point I’m starting to feel that I found my way and it’s time to close other channels. And Fiverr doesn’t seem to give me the career prospects that teaching and live performing do. I now want to focus on those activities and once again the conclusion is that I need to move on from Fiverr.
If you are a client of mine Fiverr, we can still keep working together! I will try not to change the fees and delivery time I used to have on my gigs. If something, we will have an even more professional bound. For any question, shoot me an email to controlledflame@gmail.com.